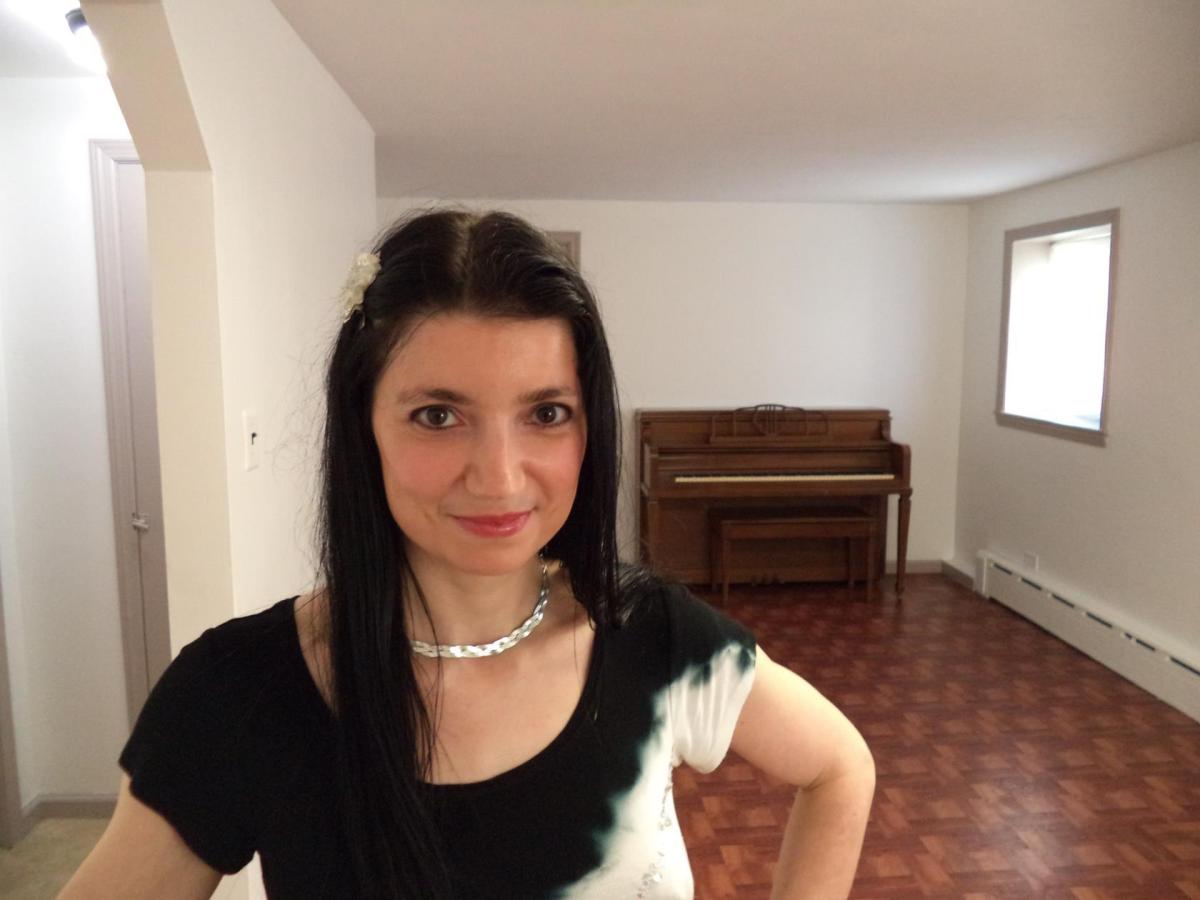 My name is Kristina and I am a homeschooling mom of two sons; older one will be turning 6 this September and younger one is 3 years old. My story will shed some light and debunk some myths about whether homeschooling really IS that expensive. I hope it will ease up some worries and concerns of parents who are new to homeschooling and who would like to give it a try.
In this article, I will provide some tips on how I managed to get my son to actually READ and do MATH before he even started his 1st  grade. You may be wandering if it has to do with the resources that you use, what teaching method you use, or maybe a combination of both. The truth is, while using quality resources is important, you do not need tons of expensive school books, curriculum materials and school supplies to be able to teach like a pro. You just need a smart way of using whatever resources that are available to you- most of what I used were are at a fraction of a cost.

In my teaching I used an eclectic approach that relied heavily on computer based learning resources as I found that they worked best for my child.
Here is a list of tips that I want to share with people who are thinking of homeschooling. If your child is a visual learner and loves computers and technology, you will find them very useful.

I hope you will make use of these free resources available to you and share your success stories.

Today was a pretty relaxed homeschooling day and I let my boys be themselves for the most part. As a home teacher of my 1st grader, I am not worried when some days we do less work than usual, as my older son is already ahead of his game in learning. We are using a great program, I would say, one of the BEST homeschooling programs out there – Time4learning.com which works best for my son as he is a very visual learner. He doesn’t like paper and pen format and prefers to do most of his work on computer and he is very tech savy. With this program, you can learn a lot of great stuff in a short amount of time. I would recommend anyone to try this program. You can also use it as a supplement to your current homeschooling program. You pay on a monthly basis- $20 a month and you can opt out anytime time, there is no risk and no membership fees.

It’s important not to push your children too hard with learning, while still be able to enforce discipline and stress the importance of learning and one should find how to balance both. Boys are always different from girls and it’s important to meet their needs on all levels.  With my sons abounding in energy comes the need for them to find an outlet in spending their energy.  I let them enjoy being and playing with each other and just be themselves like brothers do.   They love running around the house and chasing each other a lot, creating their own games. The older one  is also educating the younger one in the process, which I think works great for both of them as one practicing the skill of being a teacher and another of being a student. So, whenever I can I let it go and just let the day take its natural course. After all, it’s less stress for me and the kids.

We have a small family so our Thanksgiving table included my home-made pumpkin cheesecake, roasted butternut squash, and yeast rolls. We decided to skip on the turkey, as we had been invited to a family that was making one. Everyone was happy and satisfied!

My kids just adore taking random Halloween pictures when they see something really cool that strikes their senses. Here are a couple of pics that we took a few days ago. 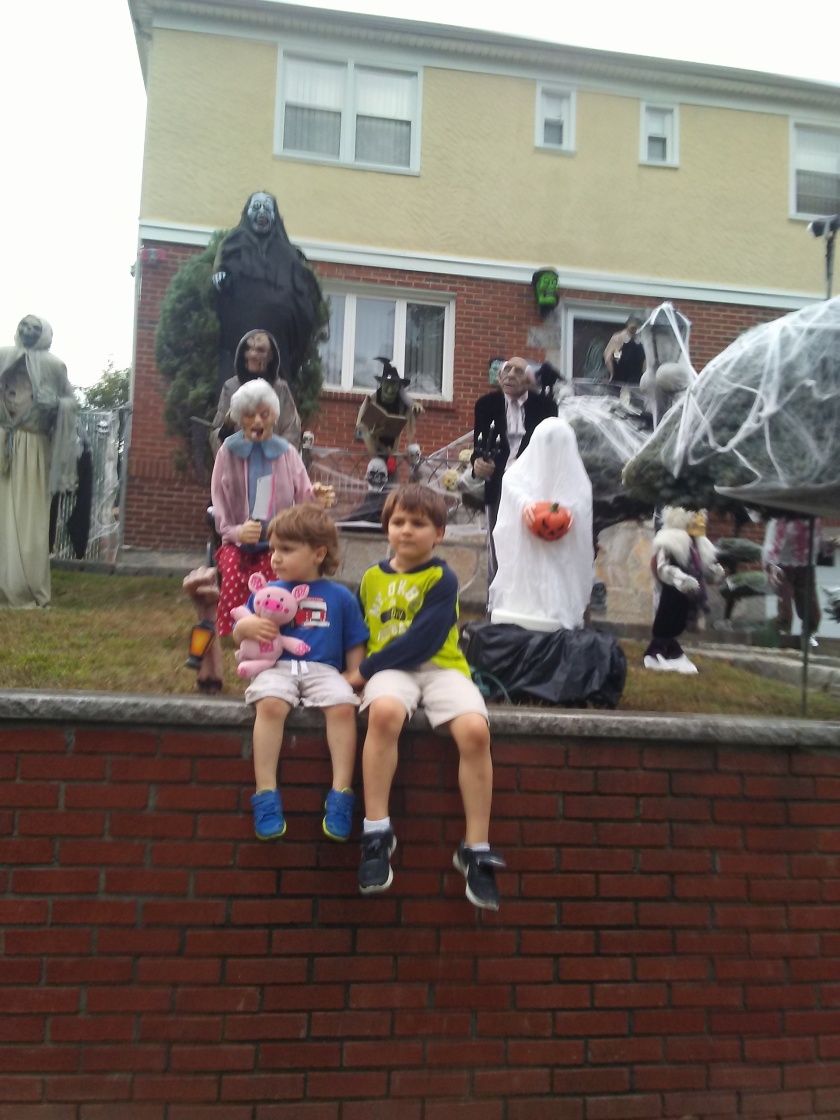 Time4learning.com is a great site for homeschooling.  Very engaging and interactive learning. My son, who has slight attention issues, can finally sit, focus and learn! I recommend everyone to check it out!

Just wanted to give a quick tip in how to understand and solve math problems better.  Everyone knows that  math goes beyond merely adding and subtracting numbers; what lies at its core is the ability to solve problems easily and effortlessly. Speaking of that, I was teaching my older son math- he is currently in 1st grade on Singapore math 1B and he stumbled on some puzzles which he kind of struggled with in the beginning- he could not grasp the whole picture just by looking at numbers. I started brainstorming what I may be doing wrong and how I can help him better. I realized numbers are just TOO abstract for him so I moved on to more concrete visualizations.  So what I did was, I tossed aside all the books for a while and just focused on manipulatives alone- objects I found useful around the house were pins, clips, color buttons.  I created situations and scenarios using those objects, or when we worked with money, I pulled up the real money and we pretended to be in a toy store and that hit him like a storm. He loved the idea  and was able to understand the concepts better. So if you  are going by a book and find your child having trouble understanding certain concepts, do not panic, just shift your focus to a more concrete way of teaching. Objects and colors are those two things that kids absolutely love, so anything you can find in your household, use it, as long as you can work with it and make visual puzzles with them.

Math can be hard sometimes to some kids, but I think it is because they are seeing it in an abstract  rather than a concrete way, we need to help and break it down into more concrete terms and visualizing it is the key to their understanding of concepts.

END_OF_DOCUMENT_TOKEN_TO_BE_REPLACED

For those families with more than one child, sibling rivalry is something that they have probably come across- at least once in their life. I am a mother of two boys and I am here to share my personal story of dare I say one of the worst in my opinion, sibling rivalries.
Long before I had my two sons, I happened to come across one woman who had two daughters, ages 5 and 8. During my interaction with them, I noticed the girls tended to fight over minor things, such as an ipad or other things as such, or they would fight over who would take a first turn at doing things. Their behavior occurred to me as normal on one hand, but on another hand, I felt it might had something to do with parenting- back in my mind I speculated that maybe their mom or dad did not yet teach them how to share things better, or maybe they were in the process of assimilating a discipline that had not yet been integrated. Well I did the best I could to pretend I didn’t notice or didn’t care much.
As my boys were growing up and started to get older- the older one was close to 5 and the younger one was 2 1/2, their sibling rivalry was at their peak.
They would fight over almost anything you can ever imagine- things like who would do it first and what, who is drinking from which cup, who is playing first with a toy, and the list went on and on…  Among those things was the desire to succeed and impress parents, which in a way is a good thing as far as their developmental growth is concerned. So in that way, they would also be jealous of each other over who was able to perform an errand or a task first, suchbringing something on request. The “winner” in this situation, in children’s mind, would be happy and smiling and the “loser” would be desperately crying, showing the worst tantrums in the world, and by worst tantrums in the world, I really mean it when I see my younger son- who was 3- laying on the floor with feet kicking up and crying as if the whole world collapsed. As a parent you try to reach out and help your child conquer those emotions, but as soon as you open your mouth and you try to rationalize with them, their tantrums would only get worse. So what do you do? In my experience as a parent I felt helpless and I found that the best solution to resolve this type of conflict was to separate them for a little while so they at least have a chance to think about their behavior and just step away from the whole situation. And when they calm down- if you are lucky-try to teach them a lesson WHY fighting is not an option and sharing is what is encouraged. Resist the urge to show extreme emotions as I learned it would just make the situation worse- toddlers pick up everything they see and soak up like a sponge- including your emotions. Good behaviors do not happen overnight and parents should not be discouraged when they don’t get the results they want to get. Patience, consistency and good modeling behavior will be rewarded in the long-run.

This is a text widget. The Text Widget allows you to add text or HTML to your sidebar. You can use a text widget to display text, links, images, HTML, or a combination of these. Edit them in the Widget section of the Customizer.